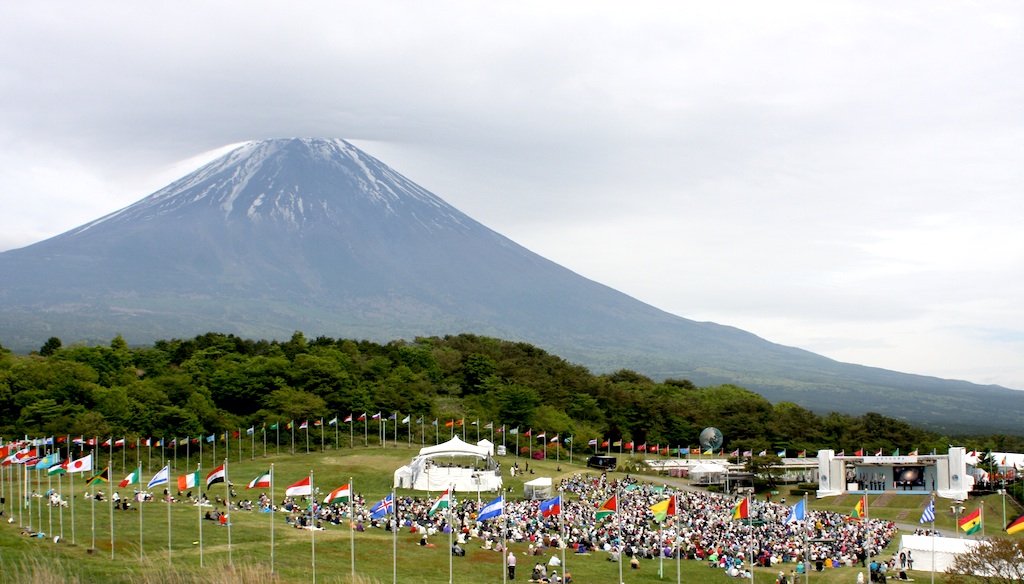 On May 19, for the ninth consecutive year, thousands of peace-loving people gathered at Fuji Sanctuary from all parts of Japan and around the world for the annual Symphony of Peace Prayers ceremony, to unite in prayers for peace on earth and join in celebrating harmony among different faiths and traditions.

In her opening address, Mrs. Masami Saionji—Chairperson of Byakko Shinko Kai and the visionary force behind the SOPP—remarked: “When we commune to offer interfaith prayers of various faith traditions with united hearts, the negative thought forms and karma that encircle the world—negative energies such as anger, jealousy, struggle, conﬂict, discrimination, doubt, confusion and resentments are embraced in the energies of love and mercy – the negative emotional thoughts are vanished in the energy ﬁeld of light.” 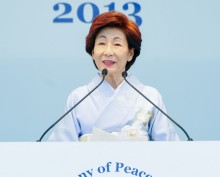 Referring to the SOPP ceremonies and gatherings that took place in over 65 locations around the world, Mrs. Saionji added: “It is when a large number of prayer members unite in purpose under a shared vision to engage in simultaneous prayers at the same time and location that we can transform the impossible and give birth to possibilities. Such are the beneﬁts of the energy ﬁeld of prayer created by the SOPP.”

This year, for the first time, the SOPP ceremony at Fuji Sanctuary was broadcast live online, enabling people all around the world to connect with the powerful, harmonious energy generated at the foot of Mount Fuji. The video broadcast will remain online until through August 2013.

Read more about the 2013 SOPP at Fuji Sanctuary on the SOPP 2013 page. Our Archives and photo galleries will be updated with full reports and lots of beautiful photos from around the world sometime in July or August. Stay tuned!

In addition, you can connect with the growing SOPP community on Facebook and keep the energy of the SOPP going all year long!

May peace prevail on Earth!